A unique venue where history and community meet 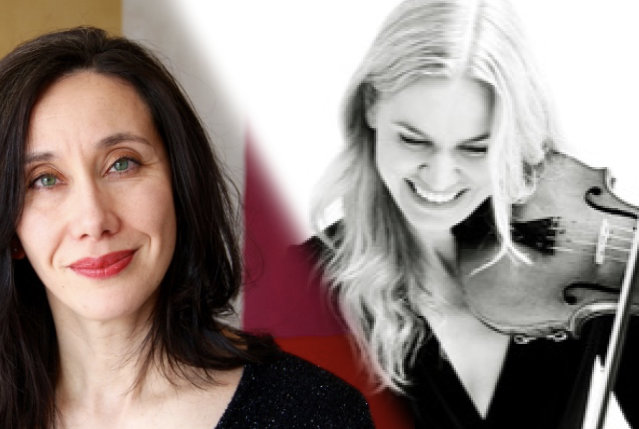 She has appeared in chamber ensembles at the Schubertiade Schwarzenberg and the Aldeburgh Proms, and at the Edinburgh, Cheltenham, Salzburg, Bath, Lucerne, Delft, City of London, Heimbach and Resonances festivals.

For the 2012 Cheltenham Music Festival Katharine guest-curated Time Capsule: 1914-18, a three day series of concerts and associated events focusing on that period.  During 2018-19 she spent three months over two trips in La Paz, Bolivia, teaching at Bolivia Clásica, a non-profit organisation and music school created by Ana-Maria and Armando Vera.

Katharine has recorded for EMI Classics and Somm.

Madeleine Mattar grew up in Birmingham and her formative musical studies took place at the Intermediate School of the Royal Academy of Music in London. She was then an instrumental scholar at Worcester College, Oxford, from where she graduated in English Literature. She spent three years in post-graduate studies at the Guildhall School of Music and Drama, where she received the Concert Recital Diploma (Premier Prix) and was piano finalist in the Gold Medal Competition.

Collaborative playing is Madeleine’s passion and her chamber music partners have included Bjørg Lewis, Lawrence Power, Eldbjørg Hemsing and Vertavo Quartet. She has played in venues such as the Barbican, Wigmore Hall and Purcell Room and participated in festivals as diverse as Aldeburgh, Al Bustan in Lebanon and Elverum in Norway. She also works as a promoter and is Festival Director for the international chamber music festival, Midsummer Music.