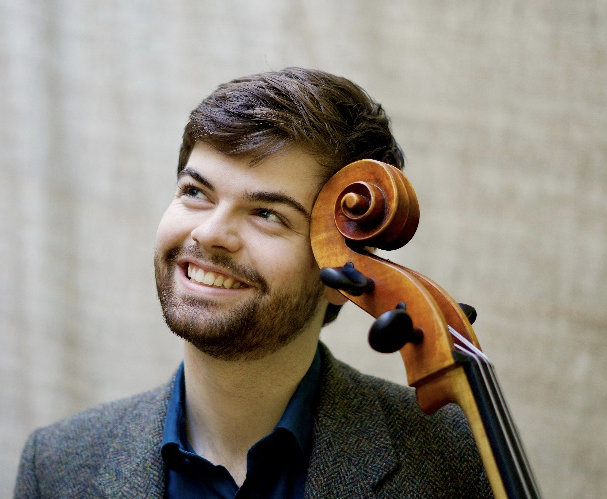 Scottish cellist Findlay Spence has performed at festivals and venues throughout the world as a soloist, chamber musician, and orchestral principal. He was a scholar at the Royal College of Music where he studied with Melissa Phelps, and he is now mentored by John Myerscough of the Doric String Quartet. Previously he studied at St. Mary’s Music School in Edinburgh with Ruth Beauchamp.

He has performed major cello concertos with many British orchestras, as well as contemporary concertos by John Bevan Baker and Tom David Wilson. He has been invited to perform chamber music throughout Europe and is a founder member of the Carsaig Quartet. They have performed across the UK, broadcast on National German Radio and been invited for residencies in association with the Britten-Pears Young Artist Programme, McGill International Quartet Academy, Musethica, and the Mendelssohn on Mull Festival. He has performed alongside the Doric, Edinburgh and Sacconi String Quartets and has given chamber performances recently at Wigmore Hall, Royal Festival Hall, St. Martin-in-the-Fields, and Pierre Boulez Saal in Berlin.

Findlay has toured Europe and China as an orchestral musician, and was principal cello of NYOS Scotland at the BBC Proms. He has played with the European Union Youth Orchestra, BBC Symphony Orchestra, English National Opera Orchestra, and has been Principal Cello of every Royal College of Music orchestra.   Findlay is the Cello and Composition Scholar at St. Paul’s, Knightsbridge, where he frequently performs and writes for the resident professional choir. He is also Resident Cellist at W. E. Hill & Sons, where he has the opportunity to play and critique the finest modern and antique instruments.

Whenever he is able, Findlay escapes London and returns to the Cairngorm Mountains with his 1-person tent!

Findlay’s pianist duo partner will be announced nearer the time of the recital.